fear hangs on my shoulders, atlas at his task,
holding the earth and all her
devotees, on my weakling shoulders, now bent
and ancient, grieving for the world and
its plagued population, struggling for breath
and light in the weak kneed sun on a early spring
afternoon. 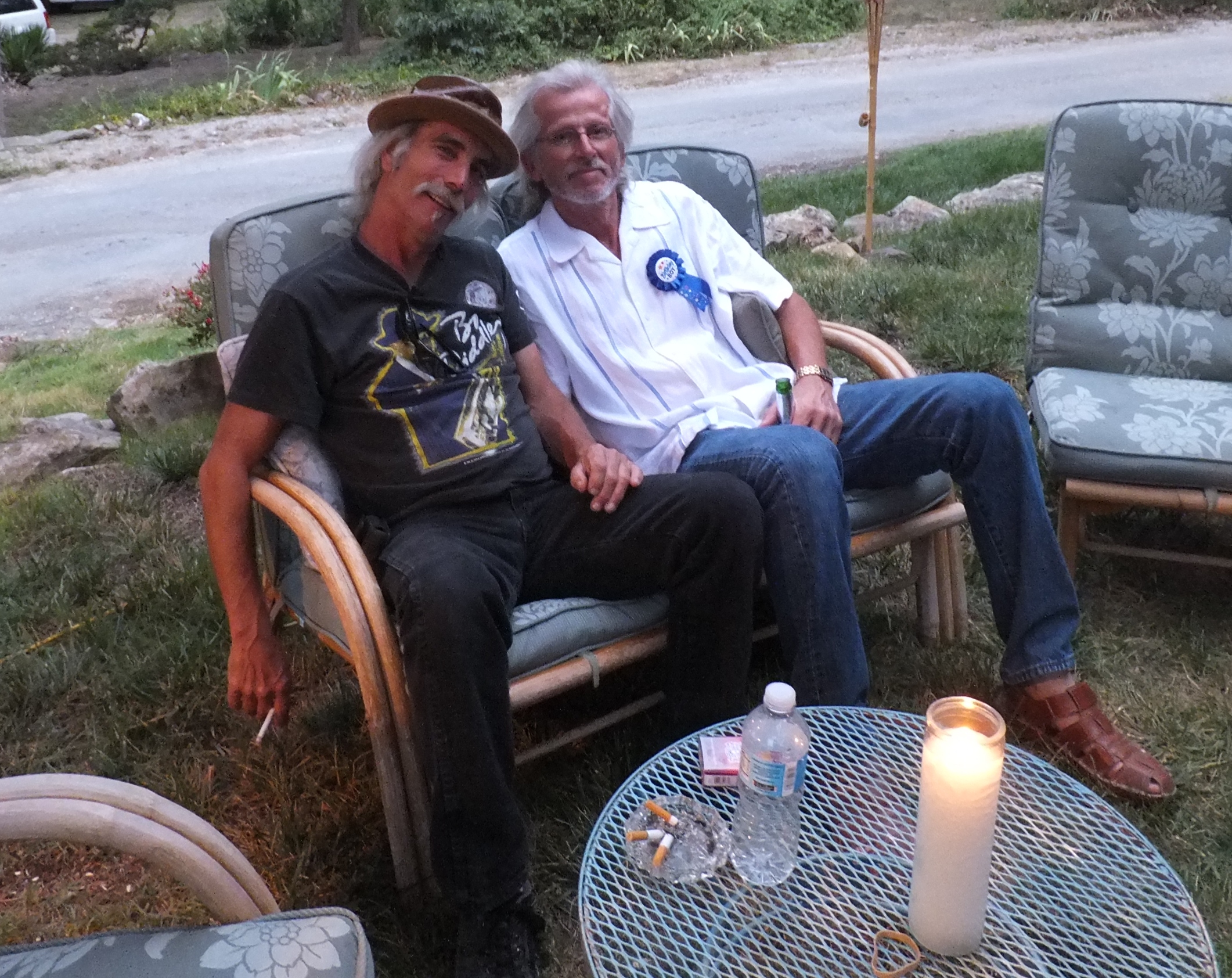 My friend, Pete Gleason, has left this world and is on to his next adventure. I am bereft that he has left so soon.

Pete was an extraordinary musician, guitar player, song writer. Always with his shaker tied to his foot giving beat to the small drum box, his pork pie hat at a jaunty angle, he would launch into a rouser that would have everyone whooping along. We all knew so many of his songs by heart, our voices would raise, becoming his choir of acolytes. He had a gift that moved people to laughter and tears. Everyone who knew him wanted to sit in when he played, hoping some of his magic would rub off.

He was also one of the best fishermen, really.
“While fishing from the Missouri shoreline of Bull Shoal Lake on the night of February 8, 1991, angler Pete Gleason caught one of the biggest walleye ever recorded by the IGFA – a 8.98-kilogram (19 pounds, 13 ounces) beast has held the men’s 4-kilogram (8 pound) line class world record ever since.

At about 10 PM, Gleason hooked the fish, which he originally thought was a striped bass, after it hit the live minnow he had on for bait. After about 15 minutes, Gleason and his friends were able to get a glimpse of the fish with their flashlights, and realized it was a huge walleye – not a striper.

Gleason backed off the drag and skillfully played the fish for another 20 minutes before he could finally slide the tired fish onto the bank. The fish was weighed 30 hours later and is estimated to have weighed more than 20 pounds at the time of capture.”

His talents were not just music and fishing but he was also a master carpenter, skilled and artistic. His projects shine – as I can personally attest. He gave me the most beautiful kitchen and bathroom I have ever seen.

Pete loved his children and was so proud of them. They were the apples of his eye.

Most of all, he was a loving, dear friend, whose strong hugs I will miss until we meet again.

and the love you felt-
from your mom and dad,
when you fell for your wife,
when you held your babies,
brought in that fish,
the time the guitar lick
caused the room to hush
then set it on fire-

I love you, Pete.

*The fishing info was from https://wawangresort.wordpress.com/2018/04/07/record-walleye-4/

Its not the copper in the veins of the land but the hand that hold the redeeming cents since it no longer scents the air with that just before lightning smell ozone fired kiln of oxygen hydrogen carbon, sweating against the blue of the sky, the taste of blood on the tongue.

The leaves turn to yellow and gold
Falling into the silvered season
Copper beeches drift in the north wind
Drawing the sound of autumn with it
Casting golden coins before the fall. 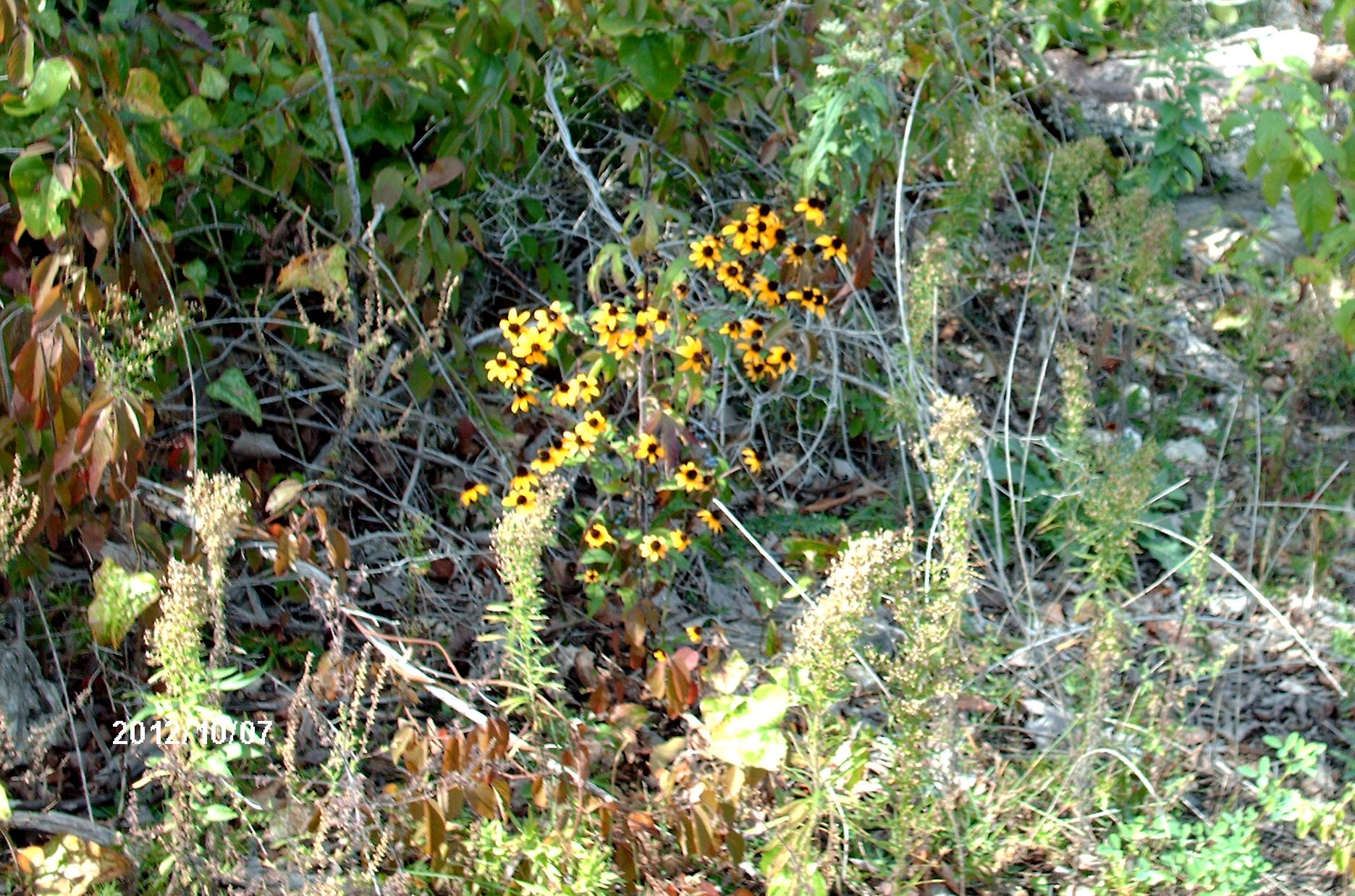 and the coolness in the air is more figment than
real
mixed with heat rising from parched pavement
and aching ground.

It is quiet-
only an occasional lilt from passing birds
and laconic buzzing
from red wasps
busy at the old board bench.

I lean against the hickory,
it bark worn gray from seasons changing,
readying yellow to overtake the dried green
of its saw toothed leaves
in preparation of shedding it all
for a long winters dreaming.

I leave ex votos, tamata, milagros
wedged in the folds of the hickory’s skin,
bits of tin in the shape of my grief
and lost years.
An altar good enough for most deities
and the angels that linger
in autumn woods
on the first day
of my fall.

Its been a year since my brother, Frank Allen Gresham, died. Those words still take my breath. I think of him and miss him everyday.

Please indulge me and read this post I wrote last year. And keep his wife and his children in your thoughts and prayers.Not only are they dealing everyday with his absence but they live in Florida and are preparing for a major hurricane in the next few days.

Now, let me tell you about my little brother….

I want to tell you about my little brother.

I remember the day he was born. Its one of my earliest memories – I was three years old.
You see I was an infant when my brother Johnny was born, so there is no memory before him. But Frank – I remember.
My Daddy came to pick us up at the neighbors. I still remember the deep sunset colors in the sky and the smell of carnations that were growing along the walk. And Daddy told me I had a baby brother. It was like he was giving me a gift, a complete surprise. I fell in love with him from the moment I saw him. And he is still the most beautiful baby I have ever seen.

He was a funny little fellow. Johnny and I learned pretty quickly that when we were all in trouble to kind of push Frank forward because he would make a silly face or do something goofy and Mom and Dad couldn’t help but laugh.

He was a rough and tumble kid. Mom would tell the story that she would have us all shiny and clean and ready to go to church. And somehow from the door of the house to the car, Frank’s shirt tail would be out, his socks fallen down, shoes were untied and he would have dirt on his face.

He struggled in school. This was before we knew what dyslexia was and it was especially hard because his brother was brilliant and his sister smart and we loved to read and learn. But he was cute and athletic and always good for a laugh or an adventure.

He could be a pain in the ass too like all little brothers. I remember one car trip from our home in Lubbock Texas to our grandparents in Crossett Arkansas – Frank had somehow learned all the words to Que Sera Sera by Doris Day (don’t ask me how or why) And he sang it all the way across Texas and Arkansas. We were all close to tossing him out the car window.

He was handsome and fun and played sports in school. He was very popular and one spring was asked to 6 proms. Dad said he was going to have to take out a loan for tux rentals and florists.

After high school, he tried to figure out his way. Ended up with different jobs and then started doing carpentry work.

After his first marriage ended, he went thru a dark time and we thought we had lost him.

Then, he gave his life to Jesus and his heart to Janet at about the same time. Mom always said that Jesus and Janet gave her son back to her and she was pretty sure it was mostly Janet.
This began his journey that changed his life.

All his life he wanted to become a good man – He wanted to be those things he loved best about his dad. A family man, a man that loved his wife, a man that adored his children. A man that had a sparkle in his eye and could command the room with his laugh.

These past 6 years, he became deeper and wiser and more loving.
He was a good man.

And I am so proud of him and love him and will miss him the rest of my life.

And there is one thing I know – love is everything – love is what we are called to do and love is the beginning with no end.

He was my baby brother. He was a good man.

The rain has put me in a mood;
the kitchen is clean
and there are fresh sheets on the bed;
the dog has had a walk
between sprinkles
and down pours;

I have written three letters
and raised the red flag on the mailbox;

But you left,
now a long time ago;
a year passed and ashes, ashes
we all fell down.

Like raindrops
and teardrops
and late summer days
into fall. 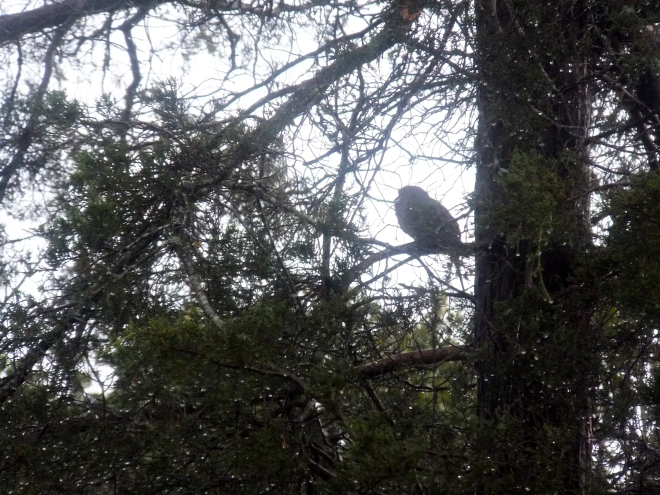 The sharp retort of the jays cries
strike the air,
his grief too much for the cedars to bear.
What greater woe is there
than summers ebb?

Yellowing leaves, spent and melancholy,
rain down
as though weeping,
for their passing will soon be forgotten
in winters bare and spare air.

The elegies of wing and wind-
the sighing trees sorrow
in the mourning doves song
of summers passing.

a man died.
a man I never met
though heard about through the family vine.

their love song, something from a dime store novel,
but true.

true love, love at first sight, love that changes things
and they were devoted for five years.
she, his great love

and now he is dead
of a sudden illness
or maybe an old deep sickness that he would have rather
kept hidden
for a decade or two longer.

I am sad for them both
but glad to know their love story
burning bright in the retelling,
enough, I hope,
to keep her warm.