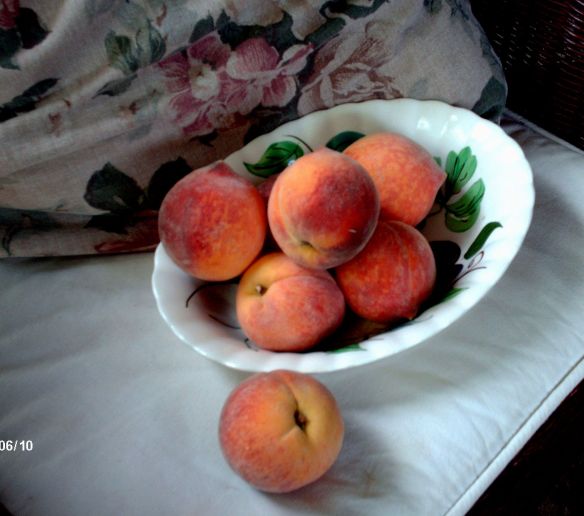 Odd over ripe days of late August-
Heat drifts by in waves to be washed out
In the darkening dusk.
The sultry night cools minute by minute
As the earth tilts towards the autumnal equinox.

We sit on the porch eating peaches,
The last fruit of the orchard
Now swept of debris.
Only the wasps and bees remain
Still searching for that last drop
Of sweet succulent summer.

Such vanity,
the wind remarks
to the old oak and young willow,
in a season when all is loss
and fields are fallow.

Leaves have flown
on the wings of migratory birds
and furred creatures have burrowed
deep into the cold earth,
gravely sleeping under cover of frost
and snow.

The year dies,
resting on its hind legs
upright until the end.
The quiet resignation
of the turning earth,
its rotation of season
to season.

Everything is vanity,
reminds the wind.
All life stills in the end,
cold as stone in the deepest winter,
certain as old oaks stand sturdy
and young willows weep and bend. 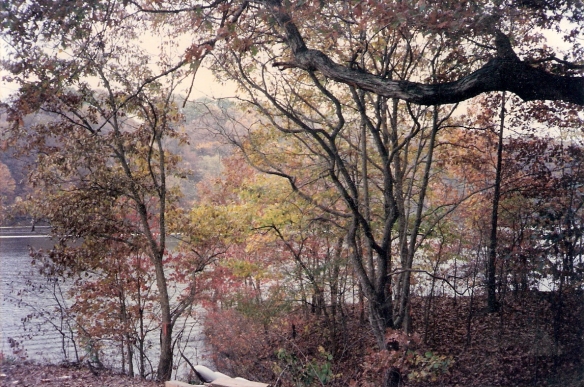 I lie awake-
bits of remembered melody
drift in the morning breeze,
old hymns of redemption
and loss.

I lie awake-
whispers of ghosts and angels
walking the deep green forested paths.
Across the water I hear their murmuring,
I wait for the fall.

I lie awake-
a fallow field
after the year of jubilee-
debts forgiven and begging no longer-
I wait for the autumn rains.

Its not the copper in the veins of the land but the hand that holds the redeeming cents since it no longer scents the air with that just before lightning smell, ozone fired kiln of oxygen/ hydrogen/ carbon, sweating against the blue of the sky, the taste of blood on the tongue.

The leaves turn to yellow and gold
Falling into the silvered season.
Copper beeches drift in the north wind,
Drawing the sound of autumn with it,
Casting golden coins before the fall. 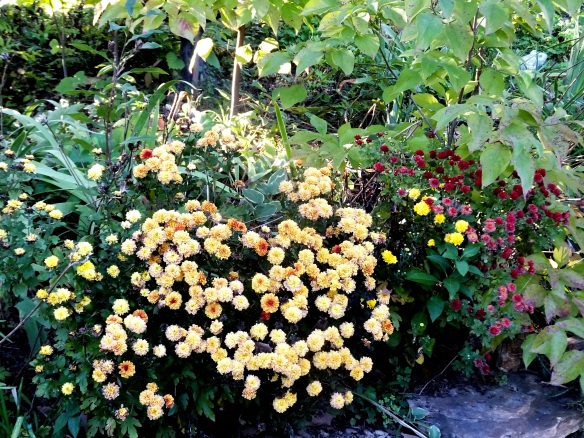 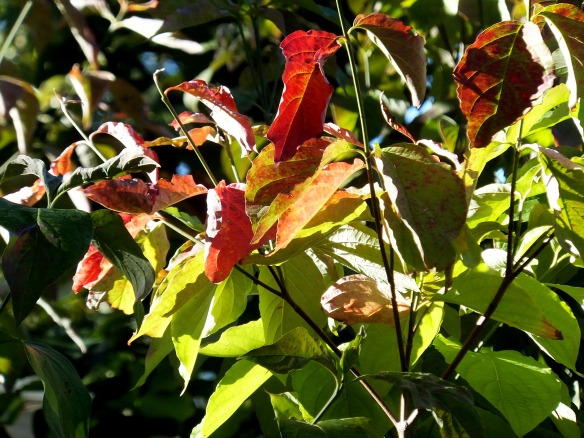 The light has lost its harsh intensity.
Earth’s tilt has nudged the sun
into an angle
less summer
and more autumn.
Setting the changing leaves
into a different hue
perfect for the falls rubies
and gold.
Walking the gravel path
on this last summers evening,
we talk in low voices
so as not to disturb the flowers
and the butterflies, busy
with their own seasons changes.
I am anxious to shed this summer-
its days long
and its light, too intrusive.
Autumn will cool my brow
and give my weary eyes rest
until I can sleep in winters
long dark night.