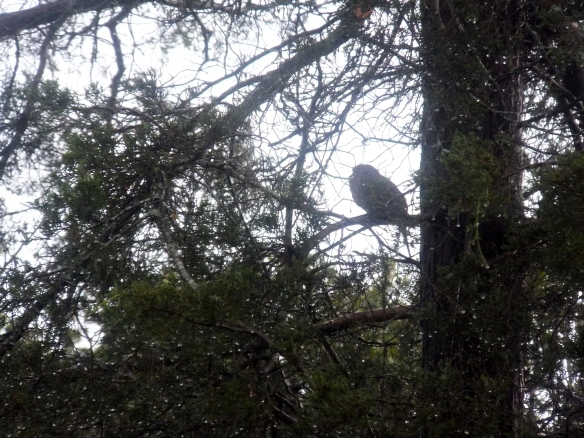 The first of September has always been the opening of dove season in Texas. So all of my young life, that week before was the time Daddy got his shotguns out to clean and rummaged around to pull his hunting vests out of the closet. And many times it meant heading to my grandparents in Waco for the weekend.
Daddy, his dad, my Pampa, and maybe an uncle or cousin, and my brothers (when they were old enough) would wake and head out in the dark of the morning to the leases – property where they had permission to hunt. I imagine they would begin their day at a truck stop or small cafe for a big breakfast, stock up on vienna sausages and saltines for lunch – the beer and cokes were already in the coolers-and then head down a dusty dirt road to a likely spot to start the day.
The dogs would be let out of the cages or the trunks of the cars, given a drink and turned loose to scent the birds. And they would find them.
Dove are ground feeders, so the best leases were grain fields with stock ponds, where there would be plenty of food and water. And doves make a whistling sound as they rise up from the ground. The sound of their wings, loud and furious, as the dogs startled them from their hiding places.
And so the hunt would begin.
It would be dark thirty, as we say in our family, before the sweaty and dusty hunters would be back from their day. And I loved that smell (I know its an odd thing to love) the dust and sweat, the smell of stale beer and cigarettes, the heavy canvas bags, the dead birds, the blood. I would sit on the concrete steps and watch the tiny feathers float in the air as the men cleaned the birds.
Mom and Mamma, my grandmother, would always do the final cleaning, trying to get the very last piece of birdshot out of the meat (though most of the time somebody would bite down on a tiny piece of lead!)
Then it was time to start the cooking. The birds were pan fried with just salt and pepper and a dusting of flour. Mashed potatoes, cream gravy, biscuits and fruit salad rounded out the feast.
On a good hunting day, everyone would get their fill of dove – with the hearts a choice treat. It was a special time for our family.

I guess I am telling you this story because its that time of year and I miss my dad and that sense of belonging in that particular autumn ritual of our family.

And the dove are feeding in my yard.

Here is a poem I wrote years ago about –

September was dove season-
Guns would be cleaned,
Trips to the leases planned.
Daddy and PamPa, with uncles and brothers in tow,
Leave in the dark morning
With dogs, guns and coolers in the trunk.

Late afternoon in the deepening dusk,
The hunters arrive home
Smelling of fields and gunpowder and beer.
Small still birds spill from canvas bags,
Tiny feathers and the scent of blood
Float in the air–
A pitying of dove.