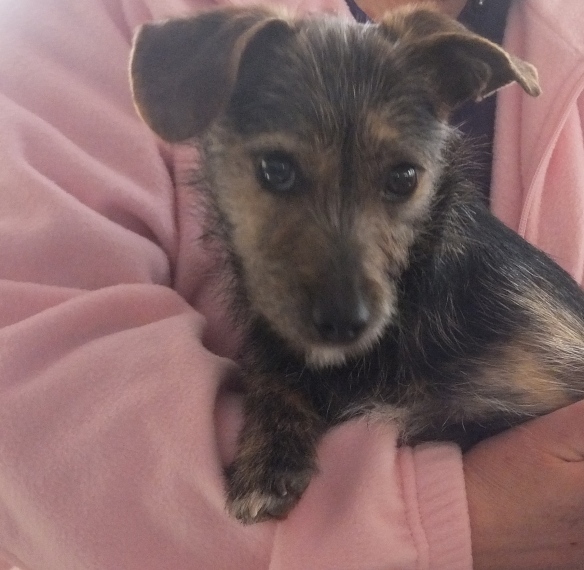 I am so happy to introduce Theodore Valentine Everett – Theo for short. He is about 18 months old, wire hair dachshund terrier mix and the sweetest thing.

After watching the Westminster Dog Show last week, Bob and I dropped by the local Humane Society. I had looked on their website and told Bob that I thought I had seen our new dog. But I warned him, if he wasn’t there and had already been given to a family, we wouldn’t look at any of the other dogs – we would just go home.

Well, he was there and as soon as I saw his precious face, it was love at first sight! He is just the calmest, most laid back pup – a real cuddler too.

It is so nice to have a little dog in the house again – its been almost two years -and that is too long.